As the religious landscape in America continues to change and orthodox Christian beliefs are being met with greater disproval, believers may soon be living with another orthodox Christian reality – isolation. While difficulties may abound, this should lead to an increase in genuine Christian community which has always been an avenue for the gospel. In a recent Christianity Today article, K.A. Ellis shows how this is true in other countries…

They answer to this hostility with what I describe as “productive perseverance working through community.” They are filled with a deep hope in Christ that drives out fear of man, and their lives are often marked by radical personal transformation and a communal discipleship that it is so attractive, others risk stigmatization to know it.

In most societies, religion and community are inseparable. Since the Enlightenment, we in West have emphasized individual belief more and more. Religion has become an intellectual and personal choice that we choose to assign to ourselves. But throughout the rest of the world, religion is part of your social identity. We see our religion as only defining our relationship with God not the community around us. But as non-Christian society puts more and more pressure on the church’s faith and practices the bonds of love between believers will be forced to strengthen. As this happens, Christians in America will rediscover the beauty of Christian community for the glory of God.

In ministry, we will always struggle with extracting new believers from their community and trying to transplant them into something new that’s defined by our background. Of course, some will bravely believe on their own, but true shifts in cultural belief will be marked by community transformation. It’s no wonder that the examples of true transformation around the world mirror the examples found in the New Testament of whole families and crowds being saved together. This is why individual discipleship and leadership training is so important, because true change is only going to happen through the example of a few brave individuals or by everyone discovering an even better community all at once.

We must not neglect the gift that we have in Christian community. It’s a fragile freedom that is under attack in many countries. Dietrich Bonhoeffer, at the cusp of WWII, wanted to remind believers of this when he wrote…

Let those who until now have had the privilege of living a Christian life together with other Christians praise God’s grace from the bottom of their hearts. Let them thank God on their knees and realize: it is grace, nothing but grace, that we are still permitted to live in the community of Christians today.

My challenge then is twofold: 1) pray for the continuing endurance of these brothers and sisters who must persevere under intense societal pressures, and 2) fully embrace and love your Christian community for the gift that it is.

The best political conversation that I have had this year did not come from an American. It came from a Tibetan. He raised some interesting points that confirmed something that many people forget these days – the world watches America.

My friend, Dorje*, grew up in northwestern China with his nomadic family. They travelled with their herds of yak and sheep from summer grasslands to winter grasslands. Now, Dorje runs his own trekking company, taking Chinese and foreign travelers on trips around the Tibetan Plateau.

Dorje and other Tibetans have been following this election very closely for several reasons. First, many more Tibetans have access to the internet on their mobile phones than ever before. There are also more and more news articles being translated into Tibetan. Second, like many people, the Tibetans are concerned about the growing Islamic State and their expansion into other areas. Dorje said that he fears the Islamic State will continue to grow even into Tibet unless someone stops them.

This last point is why most of the Tibetans are supportive of Donald Trump. They have seen that Obama has not shown military strength during his presidency, and they are afraid that if Hillary Clinton is elected there will be more of the same. Donald Trump speaks with strength and purpose, especially in regard to defeating the Islamic State, and the Tibetans appreciate this. These Tibetans are only a few generations removed from clans led by pillaging warlords, so it’s understandable that strength in leadership is attractive to them.

We discussed some of the other issues in this election, mostly along the conservative/liberal divide. These talking points didn’t interest him that much, but the hearings and investigations into Secretary Clinton’s private emails did. Dorje commented that it was amazing to him and his friends that someone as high as the US Secretary of State could be put under investigation and possibly face charges under the law. This along with Donald Trump’s inability to “buy” the presidency with all his money showed the Tibetans what American democracy was truly about. In China, they see a government that has to have anti-corruption programs, and if you have money, any position or opportunity is available to you. So while most Americans lament the politics of 2016, the Tibetans see democracy at work.

As I said, this was the best conversation that I have had about the 2016 elections. And it reminded me that the world is watching America. This convinced me even more of the need for character in leadership. It also made me think about what a strong influence the American church can have if believers would unite under the things which matter most to God.

If the church shows genuine strength and a clear message in these matters, will other nations see an example to follow? If Tibetan nomads care about how America presents itself, shouldn’t we?

*name has been changed 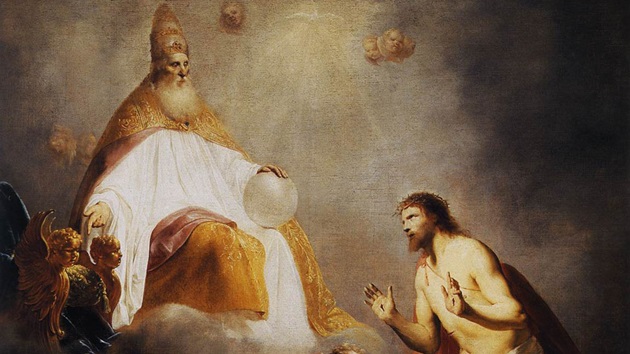 Is there subordination within the Trinity and is this useful for understanding male/female relationships in the Christian home and church? This has been getting a lot of discussion in recent days. While I am confident in the biblical depiction of complementary, we need to know if we can appeal to the Trinity as an eternal example of this. What does Jesus mean when he says that he does what the Father commands (John 14:31)? What does Paul mean in 1 Cor. 11:3 about the head of Christ being God?

These have implications in the US as we defend gender roles and biblical marriage. But they also have implications for the global church. In China, the church is still majority women (growing numbers of men) and divided into many small congregations. This makes for a lot of tough discussions on biblical ecclesiology. Being able to defend the biblical model of church leadership (male elders with men and women serving under elder authority) with an appeal to the Trinity is valuable. This current debate is trying to say whether such an analogy is biblical or warranted.

Source: Gender and the Trinity: From Proxy War to Civil War | Christianity Today

All Christians, if they know anything about the Trinity understand that God is one and three. Some take it as a bare mystery; a simple antithesis. But Scripture provides another way of synthesising the antithesis. It resolves the problem by showing that everything that the Son is and does derives from the Father.